You Have it All Backwards is a solo play that tells the story of a Syrian Muslim woman’s harrowing journey from university lecturer in Syria to shop cleaner in Ireland by transporting the audience backwards in time through five pivotal moments in her life:

You Have It All Backwards

Through a one woman play and workshop (optional) participants will experience, explore and discuss the difficulties and challenges that face those forced to flee their homelands. Themes include: the effect of war on children; immigration; conscious/unconscious cultural bias and bigotry; refugee camps; direct provision and naturalisation. 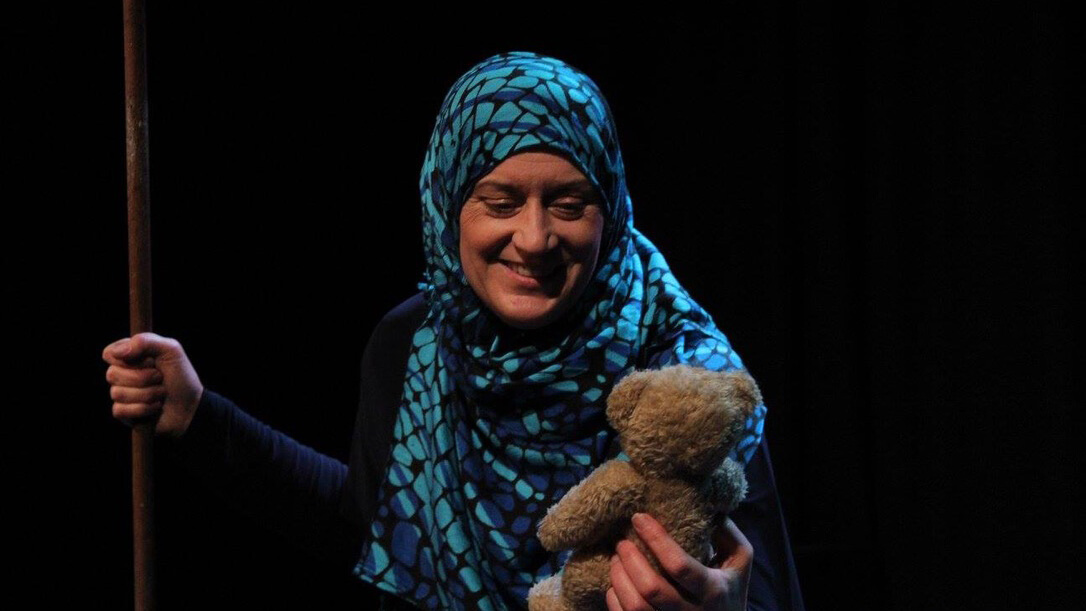 Through a series of games and discussions we will explore the topics the play highlights.

The workshop can be done in person or online via zoom

You Have It All Backwards was written by Mark Evans having been commissioned by John Hayes for No Borders Theatre – A show John put together in 2015 to raise awareness of and funding for refugees and migrants. John assembled a group of like-minded volunteers: actors, poets, singers who contributed their time and talent to put together a humanitarian fund-raising show.

You Have it all Backwards has contributed to the raising of a whopping total of €5,747 in humanitarian aid.

You Have it All Backwards was also performed on its own as a stand-alone show for A Taste of Syria, in Clonakilty on Feb 16th 2016 and at Engage Arts Festival on Oct 2nd 2016 raising another €3,080 for Island to Island Humanitarian Aid – which was set up by Carmel Nic Áirt and sent aid directly to Syrian refugees arriving on the Greek islands.

But you’re not Syrian or Muslim!

Performing any one-woman play is daunting enough but when I was approached by John Hayes and Mark Evans to take on this role the weight of the responsibility to portray her accurately and sensitively was enormous. I knew I was going to have to do more research than I’d ever done for a role before. I was overwhelmed, but the piece and the purpose of it were too important for me not to take it on. In trying to raise awareness and funds I needed to be certain I wouldn’t cause any offense inadvertently or otherwise.

I did a lot of my research online, watched countless eye witness videos and read countless firsthand accounts. I read everything I could find on the war in Syria, the origins of it, the refugee camps in Greece and Germany and direct provision centres here in Ireland. But I knew that wasn’t going to be enough so I reached out to the Syrian community in Ireland. They welcomed me with open arms. I was genuinely blessed to get to know Mohammed Alsaadi and his family. Mo is a chef who has been living in Ireland for many years. He is married to an Irish woman who has converted to Islam and they have two daughters. He has one brother Achmed, who followed him from Syria and is living and working in Ireland and he also sponsored his elderly parents to come to Ireland and live with him here for a while, they have since returned to Syrai. All the rest of Mo’s extensive family are still in Syria. The Alsaadi’s and their friends welcomed me into their homes and helped me enormously with my research, teaching me the correct accent for a Syrian native speaking English, how to put on and wear the Hijab they so generously gave me, the Islamic prayer routine, what life is like in Syria for those who remained, what life is like as a Muslim in Ireland. They also taught me some Arabic words that allowed me to embellished the script and further inhabit the character. As part of my research and preparation I wore Hijab on a number of occasions while going about my daily life in Bandon and Cork city.

Performing at A Taste of Syria to an audience that included a large number of people who were Muslim, Syrian and/or refugees of the Syrian War was one of the highlights of my career to date. The atmosphere was amazing. The Syrian food, prepared my Mo, Achmed, their family & friends was hands down the best I’ve ever tasted. The genuine feeling of an inter -denominational, multi – cultural community coming together with a common humanitarian goal was extraordinary. I will never forget it.

The opportunity to speak for, give voice to and create awareness off the plight of refugees of the Syrian War was an honour and a privilege. To sit down with them afterwards, hear their stories first hand and get their reactions to the piece was humbling beyond measure.

An extremely thought provoking and timely production, enabling the audience to identify with the characters and see the world through different eyes. Well done everyone involved – an amazing undertaking!!
Jane Jermyn
An amazing piece of work – got to the core. Pauline O’Driscoll captured the very essence of her character.
Veronica Henley
What a wonderful emotional experience ….. moved me to tears, you made me feel what I’ve only ever been reading and commenting on but never actually feeling. I was overwhelmed by the reaction this incredible one-woman play had on us as an audience. It is such an educational piece and it should be seen in every corner of our green and pleasant safe haven where it would educate and move those who have never faced such fears
Olive Howe
One of the most powerful pieces of theatre I’ve seen
Paul McAndrew
This was amazing and so very very important… You have given life and voice to real people… people I know & have met & have been trying to help… thank you. The money is important, yes of course, but creating awareness is just as important if not more so… You have allowed your audience to really understand and appreciate what these refugees have been and are going through. You have done something truly extraordinary… thank you.
Carmel Nic Airt

Book this production If you would like to book this Production on it’s own or with the Workshop for your venue, school or business or group please contact me via the form below. 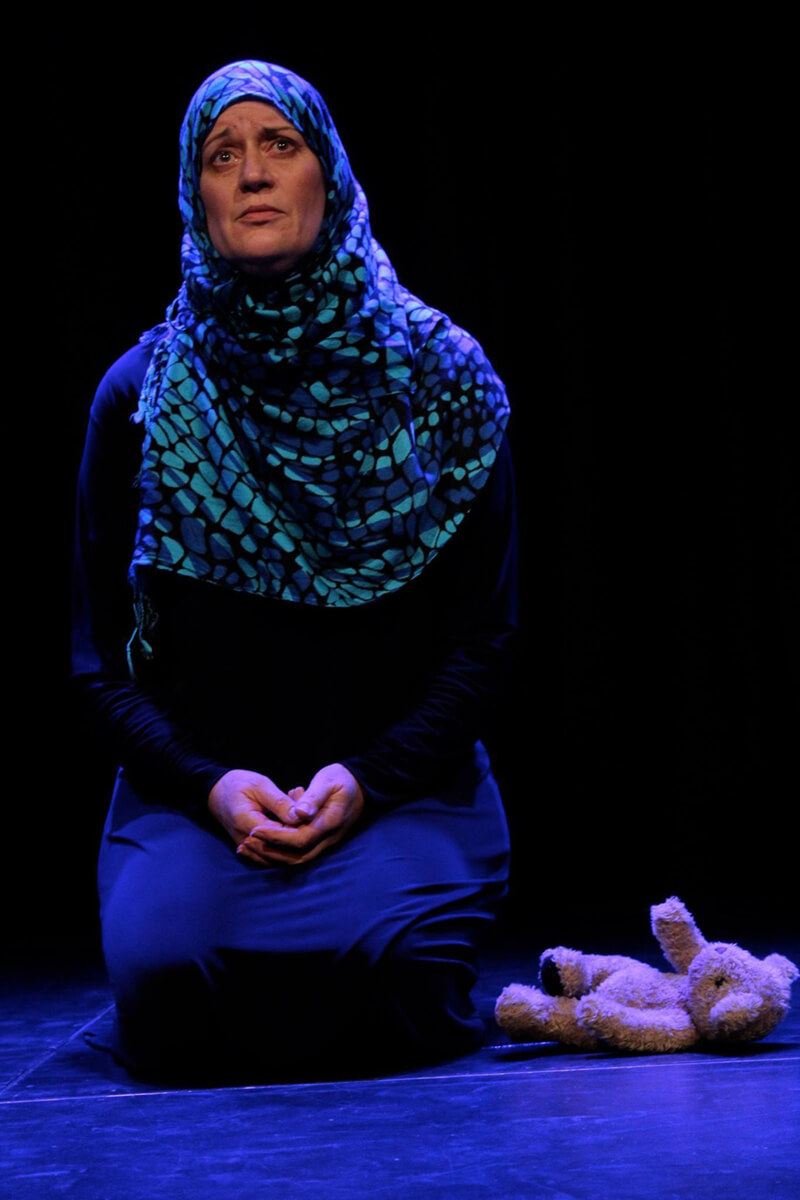