I am a wife, a mum of three, and yes I very definitely identify as an actor/actress (I don’t mind which) I’ve worked long and hard to be able to call myself an actor so I am very proud to do so.

The first time I answered the question “and what do you do?” to my mother’s horror, with the words “I’m an actor” is etched in my mind. It was a big day for me. A turning point, a milestone. Anyone who wants to be able to say those words, can and should, in my opinion, be afforded the opportunity. 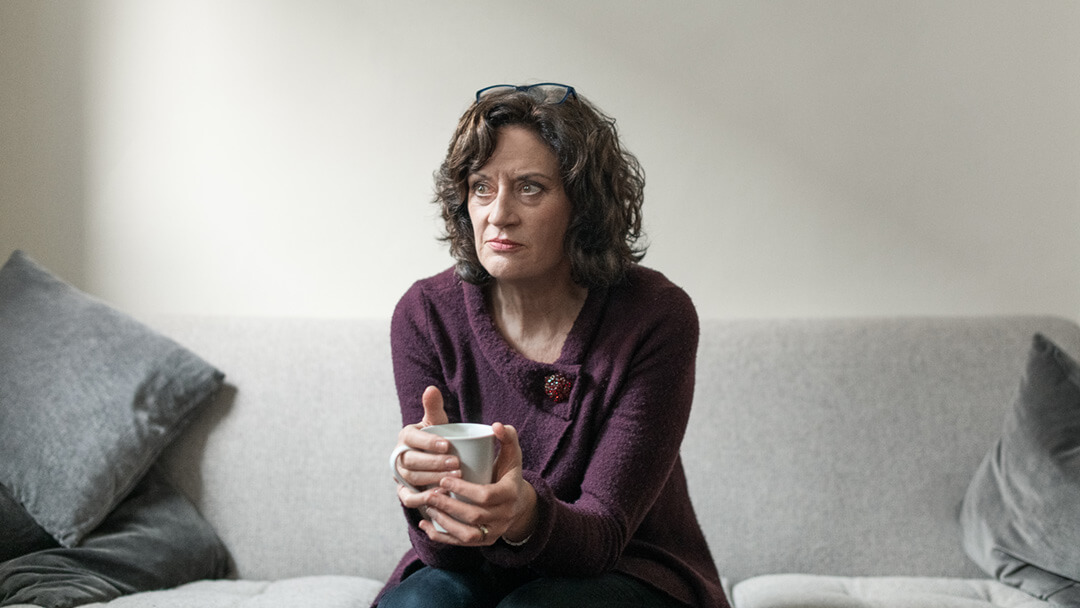 As an actor I’m probably best known as Mary, opposite Pat Shortt in TV3’s IFTA nominated drama series Smalltown and as the hospital consultant who tries to talk some sense into The Young Offenders but I have done other stuff too. Some recent screen credits include Maureen in Emma Walls’ award winning short film script Pat opposite Moe Dunford & Rosaleen Linehan; Detective Inspector Delahunt in Knightvision Prods/Avalon Films soon to be released feature film Dredges; Joan in Smithard Productions recently released feature film Busman’s Holiday with Jamie McShane (Bloodline, The Passage, Sons of Anarchy). In terms of theatre my most recent credits include the droll depressive Ed in Gaitkrash Theatre’s production of Cosy at Cork Midsummer Festival which earned me an “excellent performance” review (thank you Marjorie Brennan – Cork Examiner)  and the solo play Seven Ages of MAM which I co-wrote, perform and produce. It was nominated for Best New Play at Brighton Fringe Festival, got a “Must See Show” rating from Fringe Review and continues to get 5*****  audience testimonials on social media (I’m so grateful for these, they genuinely mean more to me than any fancy awards or reviews coz they let me know I am reaching and touching audiences in a very real way). You may also have spotted me in adverts for Toyota, Aer Lingus, Bord Gais and Bord Bia (yup, that’s me cheekily swiping right in White Fish advert)

What people say about Pauline as an Actor:

MUST SEE SHOW … O’Driscoll can call down the angels in a light high tessitura – a whisper away from silence, and she can on occasion roar like a banshee. ….. What O’Driscoll is master of is pause and sudden tangent. The surprise monologue, the hilariously detailed aside, the squirm of embarrassment, and the language of love and forgiveness and letting go. What O’Driscoll brings even more than the humour is the sudden abiding grief. And what she gets more than grief is life-affirming humour, and what she gets most is utter exhaustion…. No, she’s of a piece. This is consummately acted, wholly believable, the most original riff on the Seven Ages I’ve seen, and so beautifully subsumed you might not notice it at all. … In short, see it.
Simon Jenner

Fringe Review re Seven Ages of Mam , Read the review